Author:
Kostyantyn Mezentsev
How to activate the development of (post)-socialist neighborhoods in Ukraine? Can new-build areas in the typical Soviet neighborhood be considered as a manifestation of gentrification? Do these neighborhoods cease to be "socialist" and to what extent they became 'post'?
Gentrification is no longer an exclusive phenomenon of a limited number of the Global North cities. It is a "global urban strategy" [1], a "'blue-print' which is being mass-produced, mass-marketed, and mass-consumed around the world" [2]. Gentrification is a polycentric process that can be found everywhere, outside the global cities in different sites, and furthermore beyond the inner city, at the urban periphery [3].

Our findings from the study of new-build gentrification of the former brownfield in Kyiv's Soviet-time neighborhood Sotsmisto have confirmed the island character of the gentrification. Moreover, we can talk about "Kyiv new-build archipelago" with a growing number of "islands of civilisation in a sea of delay" [8] in terms of transformation, modernization etc. These islands have "hard, rocky cliffs" because social contacts between locals and newcomers are characterized by indifference, rather than confrontation, and fragmentation, rather than cohesion [9].

'Gentry' part of the word 'gentrification' is not always the main part of the real process. Sometimes it's enough to paint the facades calling it 'renovation' (partly within the meaning of gentrification). Brightly colored houses in this case should show the positive changes against the typical grayness of the Soviet built environment. But such a 'rainbow'-effect does not always indicate higher status, better environment or new social infrastructure.

These processes are superimposed on the uncompleted nature of 'post'-socialism, and coexistence of confronting views on the city development – nostalgia for the Soviet and calls to change neighborhoods on their own. It's also about urban geopolitics, about a specific type of divided city – a geopolitical fault-line city [10]. The results from the study of Soviet-time neighborhoods in Ukrainian geopolitical fault-line city of Dnipro show that there are no spatially defined boundaries between residents (in terms of spatial segregation), but there are different identities of locals with opposite geo-political orientations (e.g., European-oriented vs. Soviet-oriented) who can live in the same area or even in the same house.

So, changes of some former socialist neighborhoods can be linked to transformation from brownfields to new-build 'rainbowfields', and islandization of gentrification through 'rainbowfication.' Such neighborhoods are persistently divided, comprising those for whom their neighborhood is still "the best in the USSR" and those who call "to unite in common voice to make the neighborhood better" or "to make it great again" as it was expressed by local residents on social networks. 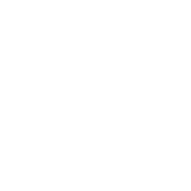